I was trying to remember old movies from the 80’s when “Agnes of God” popped into my mind. Meg Tilly played the role of Agnes. In case you are not familiar with Meg, she’s the ex of Collin Firth and in case you do not know Collin Firth, just watch Mamma Mia. 🙂 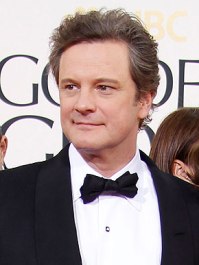 Agnes of God is a story about a young nun who is accused of killing her newborn baby. Dr. Martha Livingston (Farrah Fawcett) is assigned to assess her mental state. Dr. Livingston sometimes clashes with the mother superior (Anne Bancroft) but gets her cooperation in the end.

I read that there’s a real-life story about this and the movie is inspired from it but I’ll just focus on the movie. From my perspective, Agnes is a deeply-troubled young woman who experienced abuse from home. It is not just physical, emotional and mental abuse but also sexual abuse. The perpetrator is no less than her mother because her mother hates her so much; she’s even considered a mistake. If Agnes experienced sexual abuse from a young age, then the concept of sex is nothing new to her.

Agnes is raised as an illiterate with no interface from the outside world. The convent becomes her second home when her mother died. Her friendship with Sister Paul and their secret escapade puzzled me at first but later on changed my mind about my perception of the elderly nun. My take is, the reason why Sister Paul told her about a secret passage from the convent to the fields is because she wanted Agnes to experience life outside of the convent; unassuming of the danger that could happen to her.

Maybe, in one of her lone escapades, Agnes met a man who took a fancy on her and she mentioned about the secret passageway from the fields to the convent. Being too trusting, she allowed the man to enter her room. Maybe feelings were also developed but he’s not the type who would wait so on the 7th meeting, he forced himself on him. Because she’s not immaculately innocent, she knew that she was violated that’s why she burned her bedsheet.

With regard to her growing tummy, I think that she really does not know that that’s pregnancy. When she started starving herself because she thought she’s getting too fat, that’s her old tortured soul speaking. When she delivered the baby, she was horrified and angry for bringing another “mistake” so she did him/her a “favor” by killing him/her.

My disappointment in the story is her rapist was never caught and identified and maybe ready to attack another nun or another woman.